Recently there have been rapid advancements in molecular biology, especially in nucleic acid testing, It has been widely applied to several pathology disease tests. In 2005, the Molecular Medical Lab was established and began clinical operations the following year. As the cases and the demand for molecular testing increased, the second floor of the laboratory was renovated to accommodate an independent molecular medicine laboratory. With specifications conforming to the strict requirements of a molecular biology lab, it was completed in 2010 equipped with advanced instruments and an independent working area, with the correct specified airflow able to provide high quality and accurate tests. In the same year, our molecular medicine lab obtained its initial accreditation by TAF (Taiwan Accreditation Foundation, ISO 15189) and renewal of accreditation was done in 2013. In 2012 our lab was also certified by the Taiwan Society of Pathology as a molecular pathology laboratory.


Currently, there are four major points of focus for the lab

Hepatitis B and C test applications

Using in vitro diagnostic reagent kits approved by the Department of Health (now Ministry of Health and Welfare), real-time PCR methods for hepatitis B & C viral load testing, hepatitis B & C genotype testing and hepatitis B drugresistant mutation testing can be done to provide reference for physicians in the treatment of infected patients.

Breast cancer tissue testing, using the fluorescence in situ hybridization (FISH) technique, is used to confirm the presence of HER2/neu gene amplification. In colorectal cancer tissues, the presence of a mutation in the KRAS and NRAS gene can also be detected. The presence of mutations in the EGFR gene of Non-small Cell Lung Cancer (NSCLC) cells is tested in lung cancer patients. Moreover, the FISH method uses the ALK gene rearrangement with the EML4 gene in non-small cell lung cancer. All those testing results are references for the cancer target therapy. 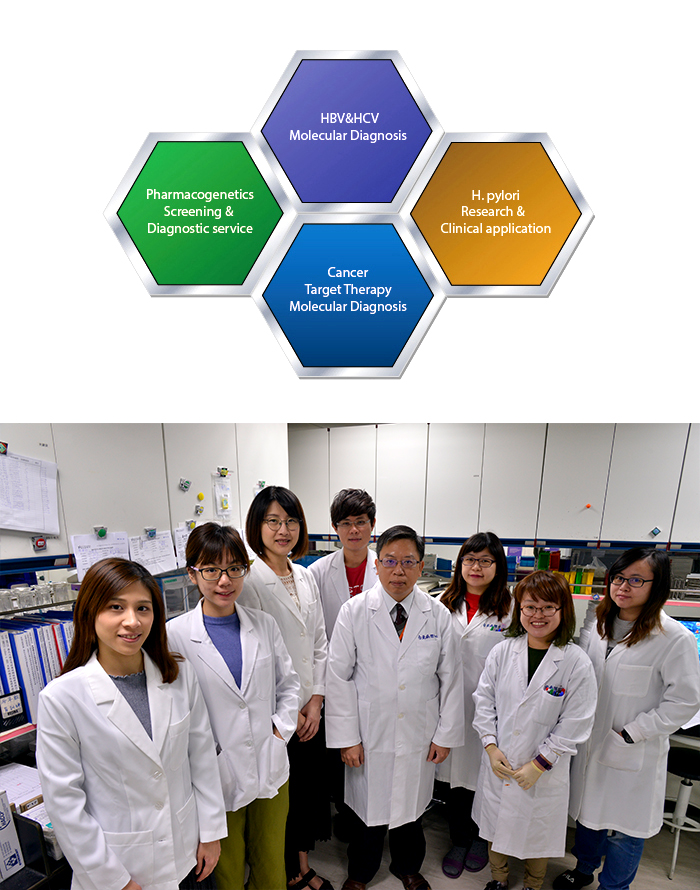 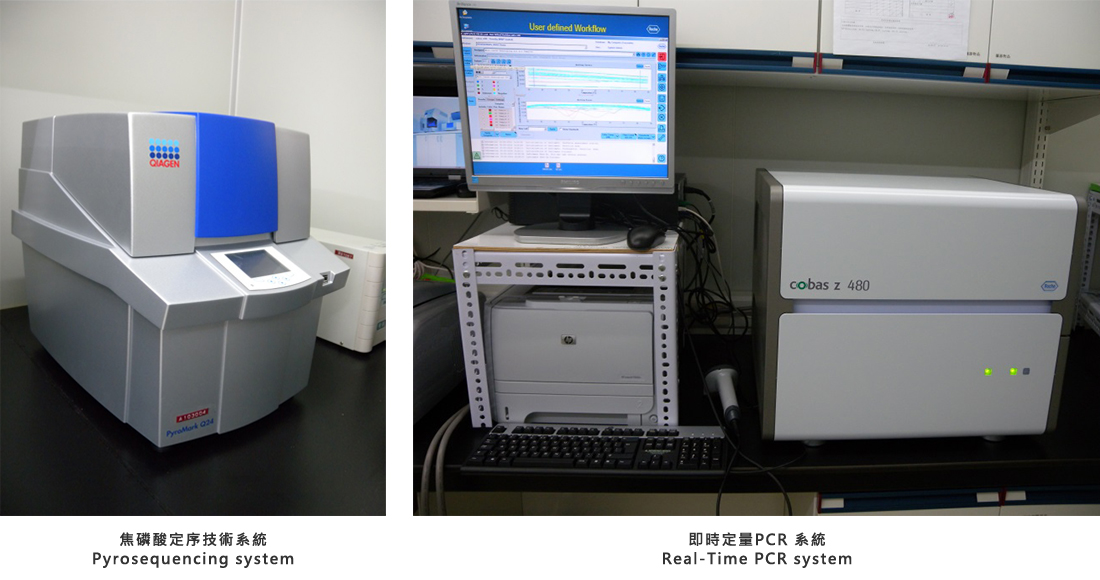